Steve Bannon has compared China to 1930s Germany, warning the country could go down the same dark path if the US fails to challenge its rise.
“A hundred years from now, this is what they’ll remember — what we did to confront China on its rise to world domination,” Bannon told the New York Times.
“China right now is Germany in 1933,” he said.
“It’s on the cusp. It could go one way or the other. The younger generation is ultranationalistic.”
Donald Trump’s former senior White House aide is preparing to kick off a global anti-China crusade and the former White House chief strategist has called himself a “street fighter”, setting his sights on his next opponent: China.
Bannon is convinced the US and China are destined for open conflict and has lambasted the country on everything from trade to intellectual property to North Korea ahead of speech in Hong Kong on Tuesday.
“China’s model for the past 25 years, it’s based on investment and exports,” he said.
“Who financed that? The American working class and middle class. You can’t understand Brexit or the 2016 events unless you understand that China exported their deflation, they exported their excess capacity.”
“It’s not sustainable,” Bannon added.
“The reordering of the economic relationship is the central issue that has to be addressed, and only the US can address it.”
Bannon left his position at the White House last month and said he would be “going to war for Trump against his opponents”.
During his short tenure at Trump’s side, Bannon wielded significant influence on immigration and tax reform efforts by pulling the president to the right, and he will now seek to shape policy on China.

He has returned to leading Breitbart news, a far right website popular among many Trump supporters.
Bannon will be speaking at a conference hosted by CLSA, a unit of Citic Securities, China’s largest state-owned brokerage, and his speech will focus on “American economic nationalism and the populist revolt and Asia,” according to a CLSA spokeswoman.
“He’s the man of the moment.”
“Donald Trump, for 30 years, has singled out China as the biggest single problem we have on the world stage,” Bannon said in an interview on CBS just days before his Hong Kong speech.
“I want China to stop appropriating our technology. China, through forced technology transfer and through stealing our technology, is cutting out the beating heart of American innovation.
“We’re not at economic war with China, China is at economic war with us.”
He admonished officials in George W Bush’s administration for their trade policies, accusing them of being weak.
Bannon will now take his fight to Chinese soil, speaking to a room filled with investors who owe much of their fortunes to China’s economic rise.
Past speakers at the conference include Bill Clinton, Al Gore and George Clooney.
Bannon also echoed Trump on US strategy in reining in North Korea’s nuclear program, saying China was the key in dealing with the isolated state.
“If you’re a great power, how come you can’t control the Frankenstein monster you created in North Korea?” he asked in the interview with the New York Times.
“The solution to Korea runs through Beijing and we have to engage Beijing,” Bannon said in the CBS interview.
“[North Korea] is a client state of China.”
Bannon said the US should consider “doubling down” on efforts to pressure China to act through a host of measures including sanctions, restricting access to US capital markets and penalising Chinese financial institutions.
“We have tremendous leverage to force China,” he said.

Bannon previously lived in Shanghai where he ran an online gaming company, but returned to the US in 2008.
He has long been convinced the US is headed for a major confrontation with China.
“We’re going to war in the South China Sea in five to 10 years,” he said in March 2016 on a Breitbart podcast.
“There’s no doubt about that.
Bannon was encouraged when Trump, before he was sworn into office, spoke directly with Taiwan’s president on the phone, infuriating China.
China considers the self-ruled island a breakaway province, and Trump later bowed to pressure from son-in-law Jared Kushner, telling Xi Jinping the US would honourthe “One China” principle. 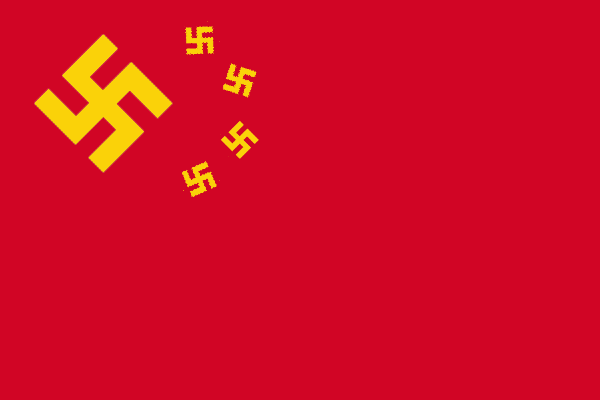